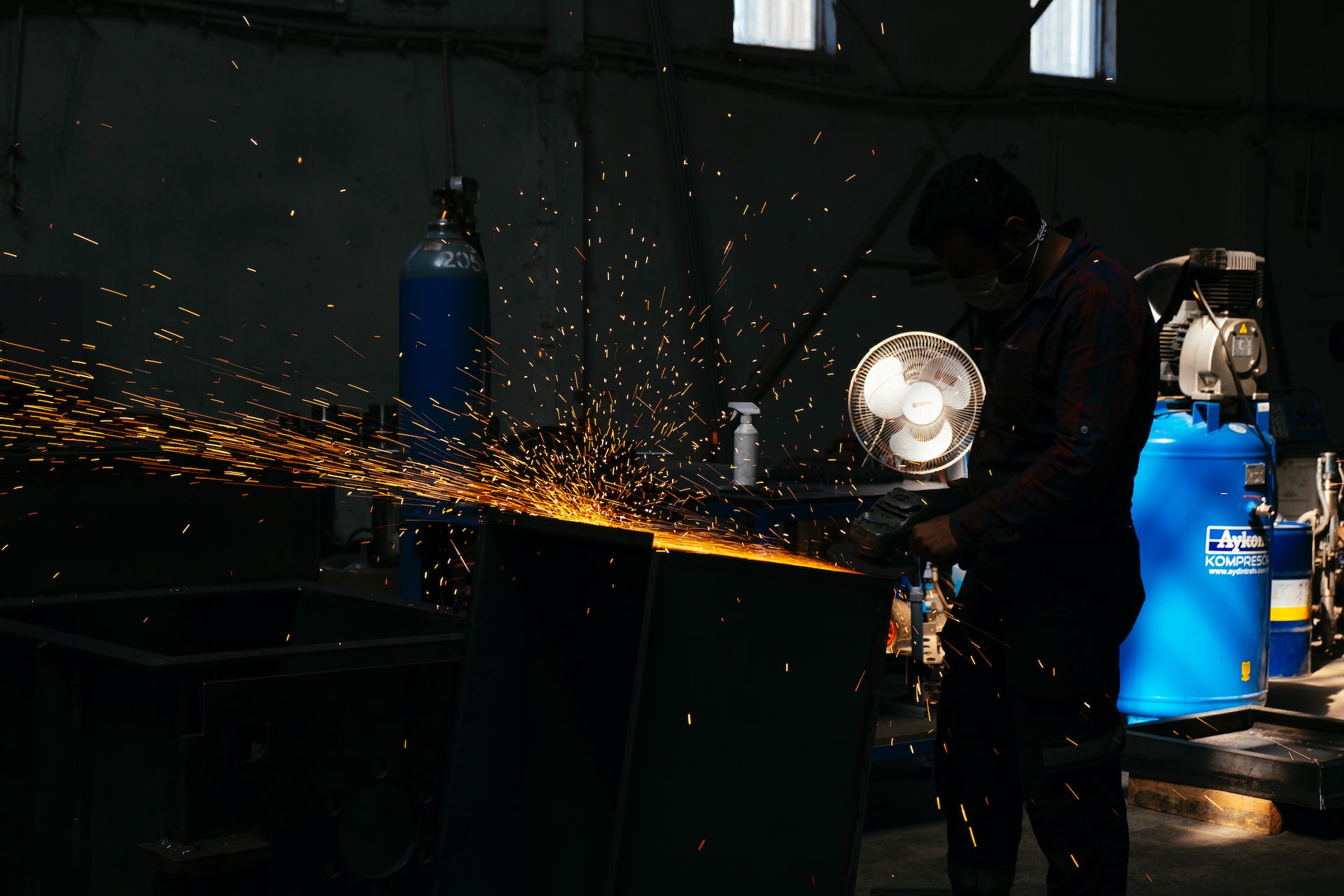 Only five percent of all complaints filed to accountability offices raise issues related to labor. We use a case of a metalworkers' union in Turkey to illuminate how deep this harm goes.

Individuals, communities, and NGOs file complaints to international financial institutions (IFIs) for harm caused by IFI-funded development projects. In compiling these complaints into the Accountability Console database, our research team tries to ascertain and categorize the issues or concerns raised for each complaint. Of all these complaints, five percent raise labor issues, or concerns about violations of appropriate labor standards related to the project, including issues regarding compensation, workplace conditions, retaliation, and child or forced labor. In this newsletter, we compare the 83 labor complaints to the Accountability Console universe of 1,614 complaints through a case study of the Türk Traktör complaint to give us insight into what issues labor complaints raise.

In May 2015, over 30,000 metalworkers participated in “a massive and historical wave of strikes” that the Turkish government eventually “postponed” and in essence banned. Workers across multiple factories issued four reasonable demands: freedom of association (or union choice), freedom to elect their own representatives and shop stewards, a no-dismissal guarantee from striking, and a living wage. At a loss of $70 million dollars per day of strikes, individual factories such as Tofaş, Ford Otosan, and Türk Traktör offered concessions to start production back up again in one of Turkey’s largest industries.

We’ll take a closer look at the Türk Traktör complaint, one of the 83 labor complaints across the world and one of the 13 complaints in Turkey. Türk Traktör is a Turkish manufacturer that the European Bank of Reconstruction and Development (EBRD) funded with a EUR 75 million long-term loan, contributing to the company’s tractor assembly plant construction in Sakarya. 1,200 Türk Traktör employees joined the metal worker labor strikes, leading to the dismissal of 20 employees. Months after the actions, the DİSK - Birleşik Metal İşçileri Sendikası (United Metalworkers' Union) filed a complaint to the EBRD’s Project Complaint Mechanism (PCM) requesting dispute resolution. The PCM declined their dispute resolution request but proceeded with a compliance review.

DISK claimed that keeping their below-living wage jobs required them to join and stay in the company-operated Turk Metal union. This physically taxing work combined with compulsory overtime hours well above what the national law allowed resulted in “serious health problems, mostly musculoskeletal disorders.” Their complaint continues, writing that “[m]uch of the workforce have herniated discs or similar conditions.” Facing potentially permanent damage to their bodies without the right to organize or elect their own representatives, employees could not properly organize to “establish the basic conditions of freedom of association in Türk Traktör,” so they sought it through their complaint.

After EBRD found the Turkish labor union complaint eligible, the PCM conducted a compliance review, finding noncompliance on all four issues that the complainants raised. With the confirmation of poor working conditions, a lack of freedom of association, the dismissal of workers, and the lack of a proper grievance mechanism, addressing the PCM’s recommendations led to the creation of a management action plan to solve these problems. This plan included nine actions for management to complete in order to meet compliance. Unfortunately, these actions primarily addressed policy and procedure issues that did not lead to changes for the workers who lost their jobs. The EBRD management chose not to address this, stating that they would not interfere with ongoing legal cases.

The PCM published its first monitoring report in May 2018, considering five of the nine actions complete. The second monitoring report in December 2018 considered an additional two actions complete, leaving two under monitoring. But by the third monitoring report in September 2020, the client had fully repaid the loan. This meant that the bank declared the project complete and so the PCM, in turn, left the remaining two management actions incomplete. These two actions aimed to align the company’s overtime policies and procedures with national law, review occupational health and safety performance, and create a plan for addressing the allegations of muscular-skeletal injuries.

This labor case in Turkey raises a number of important issues that we discussed earlier this year in an interview with Eyup Ozer, a union officer involved in the Türk Traktör strike. Ozer shared that while the PCM found noncompliance, the recommendations and actions revolved around company policies that could help future employees but did not address the harm that the current and past employees faced, such as the musculoskeletal injuries or dismissal of workers. Ozer felt that the PCM did not solve the problem, the process merely made the company look good on paper.

Ozer and the Türk Traktör workers filed a complaint in September 2015 but the compliance report was not published until April 2017, followed by the first monitoring report in May 2018. In addition to the time spent, the process took place entirely in English, a language that only Ozer spoke out of those involved in the complaint. He really felt the burden of doing this advocacy work in addition to his actual occupation, making time to respond to pages of documents on the weekend after working all week long. For him, the process “took an extraordinarily long time. If it takes a long time, it’s no longer useful. Justice delayed is justice denied.”

The Accountability Console also tracks issues that complaints raise, however we do not know the issues in 37.1% of known complaints due to unknown complaint issues about which we’ve previously written. The top three known issues raised by complaints are consultation and disclosure (27.9%), due diligence (26.6%), and displacement (physical and/or economic) (23%). But complaints often raise more than just one issue. So although labor complaints comprise only 5.1% of all complaints, 37.3% of complaints that raise labor issues also raise community health and safety concerns, 32.5% raise due diligence concerns, and 30.1% raise consultation and disclosure concerns.

If an IAM finds the initial complaint eligible, the complainant(s) can choose between dispute resolution or compliance review. Complainants can pursue both options in some independent accountability mechanisms, but the processes occur sequentially. As seen in the Türk Traktör case, compliance review involves investigating the company’s adherence to relevant social and environmental safeguard policies. Dispute resolution involves seeking mutually agreeable solutions through a voluntary dialogue process facilitated by the IAM.

What Labor Complaints Teach Us About Timeliness

Just like previously discussed issues of cultural harm, a quantitative analysis alone can only give us a glimpse into how communities use IAMs to seek remedy for harm. But taken together with the Türk Traktör case, we see how communities use IAMs as one tool to hold banks, governments, and individual companies accountable for harm. When considering ways to improve these processes, we’ve worked with fellow civil society organizations to produce the Good Policy Paper. For example, we recommend that IAMs “should establish clear timelines for each stage of the complaint process” to provide complainants with enough information to decide if they want to file and how they want to proceed.*

Yet regardless of the issues raised, complaints to IAMs are often both time sensitive and time-intensive. 43.8% of the 404 eligible complaints for which filing and closing dates are available took twenty months or longer. Further, a complaint closure merely represents the formal end, not a guarantee of remedy for the harm inflicted. More specifically, the Türk Traktör case study took five years from filing to closing and did not reinstate the 20 workers or resolve the claim that many workers faced serious health hazards from the heavy work.** What might a more expedient accountability process look like and in absence of that, how might clear timelines help communities filing complaints? As we wrote earlier this year in our Why Do Complaints Take So Long? newsletter, we do not seek to rush the process but as union organizer Eyup Ozer stated: justice delayed is justice denied, so we encourage IAMs to consider how they can achieve community-approved remedy in a more timely manner.

** For more information on this case, please read “The story of the Türk Traktör workers” by Lydia de Leeuw.