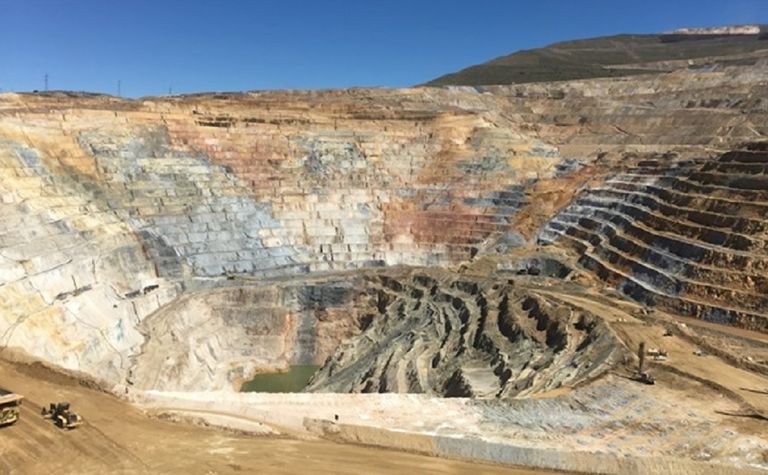 One in ten complaints meet all eligibility criteria to advance to a substantive stage, but never do. What happens to them?

The Yanacocha gold mine in Peru, partially financed by the International Finance Corporation, is one of the largest in the world. From the time of the project's development in 1993, communities have raised concerns about the mine's many social and environmental impacts. The IFC's accountability office, the Compliance Advisor/Ombudsman, has received at least 11 separate complaints about the project, spanning issues such as livelihoods, water quality and access, labor, occupational health and safety, consultation and information disclosure, environmental impacts, and land acquisition and compensation.

The most recent complaint, filed in late 2017, expressed concerns that the project contaminated local water sources by discharging cyanide solutions into wetlands impacting farming and livestock activities. The complaint was deemed eligible for consideration by the CAO in January of 2018, and it conducted a compliance appraisal of the issues raised in October of 2018. However, the CAO ultimately chose not to conduct a compliance investigation, effectively closing the complaint. Despite the CAO's prior commitment to investigating complaints about the same project, it determined that "there [was] a lack of evidence to support a conclusion that the Company's operations have resulted in significant adverse environmental outcomes as a result of air and water emissions as alleged by the complainants." The environmental concerns raised in the complaint were sufficient to warrant the accountability office's engagement, but insufficient to actually undertake an investigation. The other issues raised by the complainants regarding health impacts related to employment by the Company were also rejected as part of the appraisal because a prior CAO investigation that alleged similar concerns was already investigated.

Last March, we wrote about the Eligibility Bottleneck, a phenomenon where over half of all complaints submitted to Independent Accountability Mechanisms (IAMs) are not deemed eligible to advance to a substantive stage of the complaint process. The implicit assumption in the piece was that the remaining 42% of complaints that do pass an eligibility determination would then have an opportunity to at least engage with the substantive stages of the complaint process (a dispute resolution or a compliance review), regardless of whether or not those stages produce any tangible remedy for the harm they have experienced.

However, for 28% of these eligible complaints, those substantive stages never took place. As of last year, 143 complaints closed in this purgatory phase, eligible to engage in a complaint process that never arrived. The reasons for this are complex and multifaceted, and we explore some of them below.

One of the two available substantive stages is dispute resolution (DR), a voluntary dialogue process facilitated by the IAM in which the parties seek mutually agreeable solutions to the concerns raised in the complaint. Parties to the dialogue include the complainants and the financial institution's client, project implementer, and/or the financial institution itself. There are many reasons that eligible complaints do not engage in a DR process. The most common ones are as presented below:

The second and third most common explanations relate to the involved parties' willingness to engage in a mediated dialogue. For a quarter of eligible complaints that did not undergo DR, the company or government receiving the project financing refused to participate. Given the voluntary nature of the process, it is unsurprising that some actors chose not to engage in a dialogue that may uncover issues with implementation. In an additional 14% of cases, the complainants themselves chose not to participate. There are many potential reasons for this, including safety concerns, a lack of trust in the implementers or government, or a desire for the type of independent verification of harm that is more often produced by compliance reviews. For 6% of cases, both parties chose not to negotiate.

The fourth most common reason is perhaps the most abstract: "Mechanism deemed involvement unnecessary." An IAM can give many reasons for not engaging in a DR process, or sometimes, no reason at all. As described below, this is also a frequent explanation given for not undergoing compliance review, but for either stage, it remains an unexpected decision to make after the mechanism already found the complaint eligible for consideration.

The other avenue for redress available to complainants is a compliance review (CR), which takes the form of an investigation by an IAM into whether the IFI followed relevant social and environmental safeguard policies in its administration of the project that is the subject of the complaint. The main reasons eligible complaints did not engage in compliance review are as follows:

While dispute resolutions often do not take place because of the preferences of involved parties, compliance reviews are often blocked by the mechanism itself or its associated financial institution(s). Over 40% of eligible complaints did not undertake compliance reviews because "the mechanism deemed involvement unnecessary," the same issue that blocked 16 dispute resolution processes.

At least another 4% of complaints were rejected by the board of the financial institution. Though this percentage may seem small, the ability for the board to block a compliance investigation is a policy that only exists at 4 of the 14 mechanisms included in our dataset and is therefore concentrated in specific IAMs. At the IDB's accountability office, for example, board rejections account for amost half of eligible complaints not advancing to a substantive stage.

Similarly, an additional 28% of eligible complaints do not undergo CR because they are rejected at appraisal, a process whereby the mechanism makes judgments of the magnitude of concerns prior to conducting a real investigation of the bank's compliance with its own social and environmental safeguards. While the desire to minimize strain on the mechanism's investigative capabilities is understandable, the logic behind this distinction undermines the principles of the compliance review process itself. Determining the severity and verifiability of the issues raised in a complaint is part of the compliance review process, and to choose not to investigate because that information is not readily available only further underscores the need for a comprehensive investigation to better understand the harm a community may be facing.

An additional 4% of eligible complaints are rejected from compliance review because the complaint raises issues that are being or have already been investigated in prior complaints about the same project. However, even if community harm is similar in nature, access to remedy should not be determined by the sequence of harm experienced or raised.

"Eligible" complaints are generally understood to have met all criteria to engage in a substantive state of the complaint process. While outcomes from that process are by no means guaranteed, access to these stages allows communities facing harm to at least have a chance to have their issues recognized and attempt to secure remedy. But the fact that a quarter of these eligible complaints still never see the light of day fatally undermines this narrative. When combined with ineligible complaints, this means that of all closed complaints, only one in four ever has the opportunity to enter a substantive stage.

Communities must already navigate labyrinthine hurdles in their pursuit of remedy and the restoration of livelihoods, and as we have seen in past research, simply getting past eligibility determiniations is a feat that most complaints fail to accomplish. More should be done to ensure that at least those complaints deemed eligible for consideration have access to the substantive stages of a complaint process. The recently published Good Policy Paper released last December by Accountability Counsel and its partner organizations, contains several recommendations to that effect, including, for example, that "the mechanism should have the sole authority, without need of Board approval, to determine whether to conduct a compliance investigation." Reducing barriers like these, along with greater transparecy of why complaints do not advance further through IAM processes, will help ensure the greatest possible access for those that need it most.