Home > Newsletters > Aug. 1, 2022 > What Accountability Mechanisms Tell Us About Greenwashing

What Accountability Mechanisms Tell Us About Greenwashing 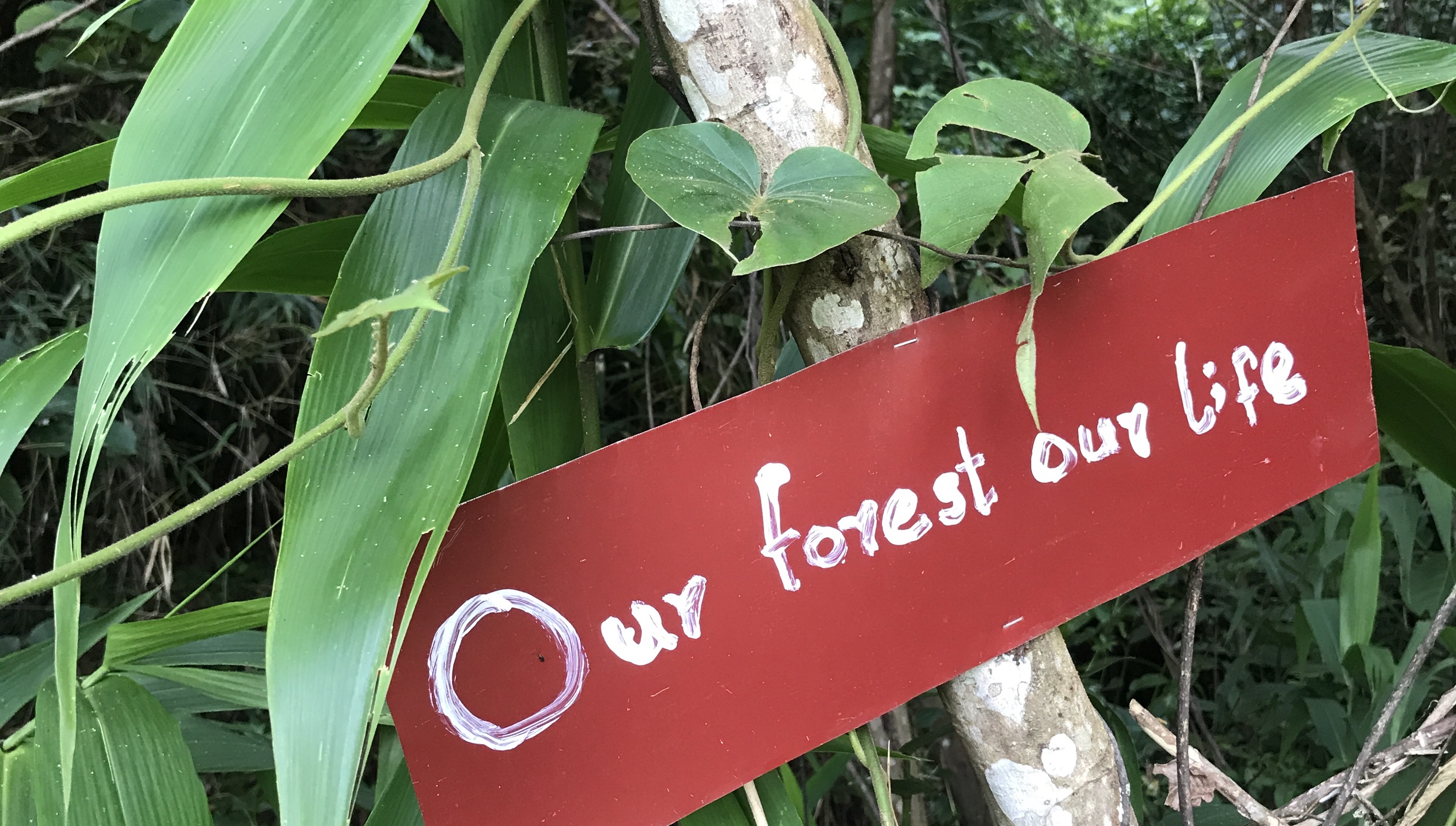 Many projects claim to help the environment, but what kinds of harmful impacts are hidden beneath the guise of eco-friendly objectives?

Projects that aim to alleviate or prevent any type of environmental harm are dubbed “green” in reference to their eco-friendly intentions. It’s well-known, however, that investors’ guarantees of positive green results are sometimes just empty promises. “Greenwashing” refers to the practice of deceiving the public by claiming to be environmentally conscious, then proceeding to perpetuate social or environmental harm. Examples include disrupting access to natural resources or damaging surrounding ecosystems through the process of constructing the project. Complaints to independent accountability mechanisms (IAMs) show that communities living near and working at investment sites are well-positioned to know if a green investment isn’t meeting its mark. These complaints by local communities have alleged serious negative ramifications both for their own well-being and for the environment caused by so-called “green” projects.

Many complaints do not reach substantive phases of the case process due to a variety of reasons, including onerous eligibility obstacles and barriers. Of the 506 complaints indicating that projects caused environmental harm, 158 compliance reviews were undertaken. Of the 133 compliance reviews that have already been completed, IAMs found the projects to be noncompliant in 97 (73%) of them. Of those 97 non-compliant projects, 45 were marketed as “green.” In other words, almost half (46.4%) of all complaints alleging environmental harm were so-called “green” projects.

Many development projects hurt the environment, but projects proposed on the basis of being eco-friendly should be particularly vigilant about the potential for environmental harm. Without an effective channel to hear from the communities affected by their projects, investors can’t effectively accurately uphold their commitments to being environmentally conscious. If investors are serious about preventing greenwashing, they should establish and bolster accountability mechanisms as good governance tools.

A common and heralded type of green investment is renewable energy. Out of all 174 cases of environmental harm caused by “green” projects, 147 (84.4%) concern energy projects and 34 (23.1%) are associated with hydropower. In fact, Accountability Counsel has worked with communities seeking justice for harm caused by hydropower projects in Nepal and Mexico. Although hydropower projects are often lauded as good for the environment, complaints to accountability mechanisms reveal that in practice they can cause environmental harm.

The Vishnugad Pipalkoti Hydro Electric Project (VPHEP) established by the Tehri Hydro Development Corporation (THDC) in Uttarakhand, India exemplifies this issue. Funded by the World Bank, the VPHEP is a “run-of-the-river” hydro generation project on the Alaknanda river, which is one of the Ganga River’s main headstreams. The project’s key objectives are to use renewable energy to increase the supply of electricity to India’s national grid and strengthen the capacity of the THDC to successfully implement sustainable hydropower projects. One of its main features is a 65-meter-high diversion dam, expected to reduce greenhouse gas emissions by 1.6 million tons of carbon dioxide equivalent per year after its operation.

In July 2012, the World Bank’s Inspection Panel (IP) received a complaint from residents of the Chamoli District who live on the banks of the Alaknanda River. The residents acknowledged and understood the demand for electricity but were concerned about a number of environmental and social repercussions of the project, especially given the prior construction of multiple dams in the area. Some of their concerns regarding the environment included increased damage to the river, decreased access to the natural resources upon which their livelihoods depended, and the accelerated occurrence of natural disasters caused by construction. The residents also raised socio-cultural issues including the potential for increased gender-based violence due to primarily male labor camps set up in local villages and the disregard for the Ganga River’s spiritual significance in Hindu culture. Although the project aims to increase electricity to India's grid, their "green" approach forces people local to the construction area to witness environmental degradation and the transfer of access to natural resources to richer, more urban areas.

The IP found the residents’ complaint eligible for compliance review and reported substantial findings. As the flow pattern of the river would change with the construction and execution of the project, the river would be subject to shifts in siltation. Areas previously unaccustomed to silt deposits would now experience an unnatural increase in them, directly affecting the river’s biodiversity. The population of several species of fish had decreased since the implementation of the dam site and the seasonal migration of fish would be greatly affected by the construction of the plant. As a result of drilling and tunneling, local people’s access to water had been disrupted and damaged. Also, project documents failed to address the increased likelihood of landslides caused by transmission lines built on steep slopes, incidents of which had been tremendously destructive in the past. In addition to generating dust pollution that affected the surrounding harvest, the construction sites have also taken up a lot of land and decreased local access to the community forest, or van panchayat, that families depend on for collecting fuel and fodder.

The World Bank management initiated a Management Action Plan to mitigate harm in response to the investigation and its various findings of non-compliance. Since publishing the Investigation Report in 2014, the Panel has also published annual progress reports on the project’s adjustments in response to the aforementioned issues. Though their aim to reduce greenhouse gas emissions was well-intentioned, it doesn’t negate the abundant environmental and social harm that this project has caused. The IP proved to be necessary in holding the bank accountable to its own policies and creating more environmentally and socially sustainable outcomes for the communities affected.

It’s not only renewable energy projects that commit greenwashing, as seen in the 27 complaints concerning environmental harm about “green” projects not related to energy. Even projects aimed at conservation and restoration are at risk of greenwashing, such as the Ridge to Reef Conservation project in Myanmar  or the Bio-Clima project in Nicaragua. Funded by the Green Climate Fund (GCF), the Bio-CLIMA project aims to reduce deforestation and restore forest landscape by investing in “sustainable landscape restoration and management” in Nicaragua. In June 2021, the GCF’s Independent Redress Mechanism (IRM) received a complaint from community members who embraced the objectives of the project but were highly concerned about potential harm. The complainants alleged that the project was causing harm to Indigenous and Afro-descendant communities as there had been multiple armed attacks by non-Indigenous settlers. Community members feared that the project would bring more attacks and more environmental degradation.

The IRM deemed the complaint eligible in July 2021 and decided to move forward with a compliance appraisal, a secondary eligibility assessment that occurs before a full compliance investigation. The compliance appraisal detailed extensive violence by non-Indigenous settlers onto Indigenous people in the area, including displacement, murder, and gender-based violence, most of which were also being disregarded by the national government. The IRM found considerable evidence of noncompliance to the GCF’s policies in their compliance appraisal and is now moving forward with a compliance investigation for confirmation of the project’s noncompliance to the bank’s safeguard policies. The mechanism is also encouraging the involved parties to organize a mediation of the dispute so they can potentially reach a resolution while the investigation is ongoing. Because the project is “set to be implemented in reserves that currently are being deforested by the massive invasion of settlers, extensive cattle ranching,” and other harmful practices, it will likely perpetuate further violence from these non-Indigenous settlers. These circumstances also make the success of the project’s plan to implement local governance for sustainable landscape restoration highly unlikely as the non-Indigenous settlers seem to be the ones most involved in causing environmental harm.

As a bank that only funds climate adaptation and mitigation projects, the GCF’s accountability mechanism proves vital in mitigating the greenwashing of GCF projects. By evaluating the reality of the circumstances under which green projects like Bio-CLIMA take place, the IRM can ensure that the project evolves into something deserving of the green label. Given the IRM’s extensive prima facie evidence of non-compliance, the project needs revision in order to actualize its intentions of reducing deforestation and environmental destruction. Hopefully, this will also create an opportunity to facilitate remedy to the Indigenous communities affected by the missteps of this project and spare them from any further abuse at the hands of non-Indigenous settlers.

If international financial institutions (IFIs) intend to commit to sustainability through green projects, they cannot continue to create more harm. As demonstrated by the above case studies, investors cannot legitimately support environmental restoration until they employ accountability mechanisms to preserve connections between themselves and affected communities. Hearing from and being accountable to local communities can minimize the risk of greenwashing. On their own, environmentally conscious intentions don't always deliver eco-friendly impacts, but with the help of IAMs, investing banks can make their green intentions come to fruition.